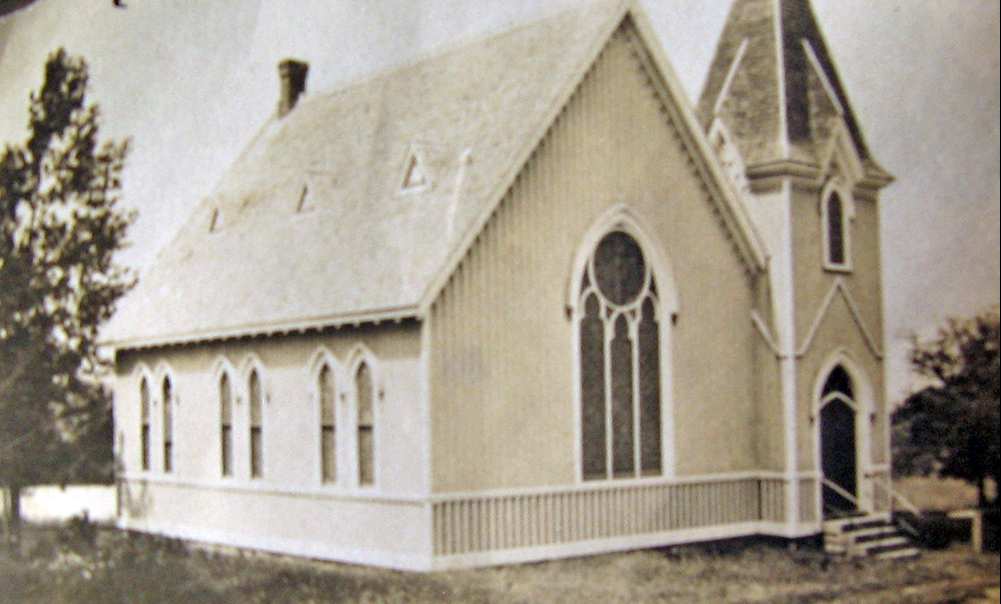 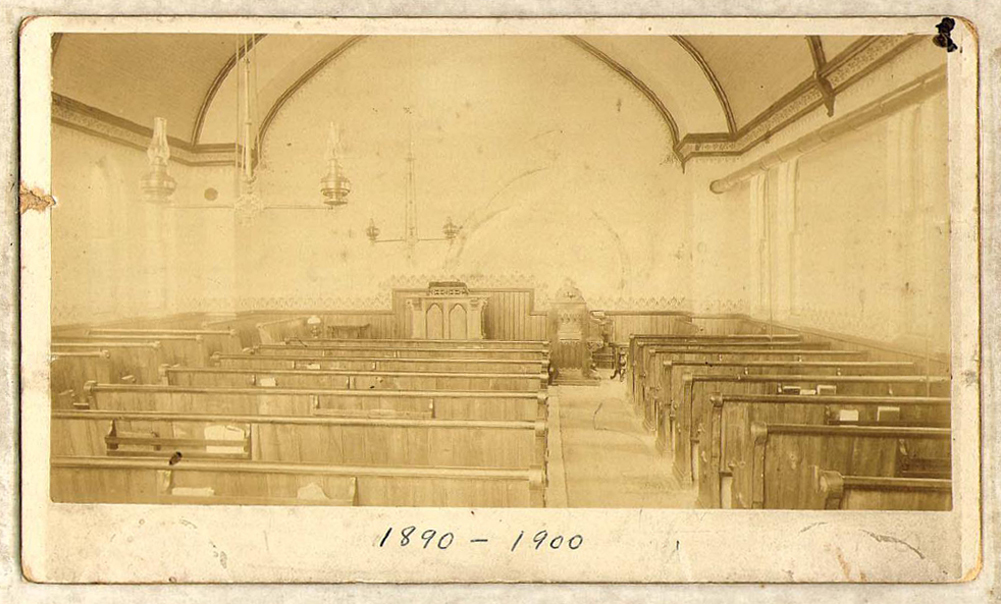 Although no longer functioning, Presbyterian congregations in Dorchester and neighbouring Rockland once played an active and important role in the religious life of these communities. A brief glimpse is offered in this short introduction intended to set the stage for your visit to the museum. To learn more about an interesting chapter in Dorchester’s history, read Eldon Hay’s article’s on the Covenanters/Presbyterians of Rockland and Dorchester.

St. James Church was built in 1884-85 by a small but very devout congregation of Dorchester Presbyterians who made up only a small portion of the village’s otherwise Anglican, Methodist, Baptist and Roman Catholic population. The initial subscription list raised $280. Although a good start—it was a fair amount of money in those days—as plans developed, concerns arose that the faithful might not be able to meet the costs both of construction and buying a site. It was then that Dorchester’s ecumenical spirit showed itself in its full splendour. The Baptists, who had been letting the Presbyterians use their church for their services, offered to continue the practice, but this was declined with sincere thanks. In the end the Presbyterians did not have to buy a site. 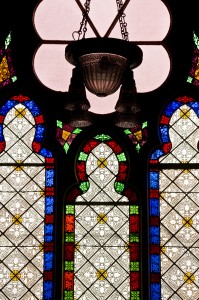 All but a small portion of it was donated by three men, none of them Presbyterians, who together owned the land on which the church sits today. William Keillor Chapman, owner of ‘Brookside’, a handsome frame mansion that graced the ground later occupied by the second St. Edward’s Roman Catholic Church (now a community centre), was an Anglican, as was Alexander Robb whose father had operated an oat mill on the brook that still bears his name. Henry R. Emmerson, a prominent lawyer and politician who built the large three-storey house still standing to the west of the church, was a Baptist. Such gestures seem to have been a Dorchester tradition. John Hickman, a prominent merchant and vestryman in the Anglican Church, donated the land for the Baptist Church and Sir Albert J. Smith, one of Dorchester’s most famous politicians and also an Anglican, did the same for the Catholics.

St. James opened on July 8, 1885 to general satisfaction. A neat, unpretentious edifice in simplified Gothic style that had cost a total of $2000 to build, it expressed to perfection the Presbyterian ideals of austerity and simplicity in worship, honesty and careful restraint in fundraising, and scripturalness and scholarship in doctrine. The Dorchester congregation remained strong for some time and was noted for its “zeal, loyalty and liberality, perhaps unsurpassed by any other Maritime Synod.” But time and a changing world took its toll and by 1968 it had shrunk to a shadow if its former self. Too small to be sustainable, the congregation disbanded and joined that of St. Andrew’s Presbyterian Church in nearby Sackville. 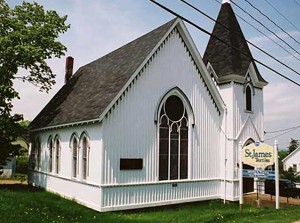 After it had languished for some years in an increasingly dilapidated condition, the building was deeded to the Westmorland Historical Society, and at a most opportune time. During the 1970s Pamela Black, a scion of a prominent Sackville family and a passionate weaver, established a textile museum in the Beachkirk United Church in Upper Cape, New Brunswick, after it had been similarly decommissioned. There she amassed a wonderful and diverse collection of artifacts representing not only the weaving and textile traditions of the region but also the arts and crafts indispensable to daily life in the days when small communities were largely self-sufficient. It included a valuable hand-made loom dating from about 1800, together with all the devices needed to turn raw fibre into finished cloth—carders, flax breaks, clock swifts, spinning wheels etc.—as well as a splendid assortment of historic textiles and many workshop and farming tools such as hand-made rakes and lathes. When she could no longer look after it, she offered it to the Westmorland Historical Society if St. James could be restored and renovated into appropriate museum space. Supported by a number of grants from the 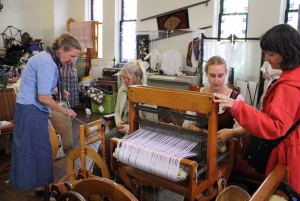 provincial government as well as by members of the community, including volunteer inmates from the Westmorland Institution correctional facility, the restoration was completed in 1985 and Pam’s treasures were moved into their new ecclesiastical home where they are again lovingly preserved and proudly displayed as the Beachkirk Collection. Among the delights visitors may expect are the hands-on demonstrations of domestic textile production by our expert volunteer weavers and spinners. The St. James Textile museum is the only one of its kind in New Brunswick where you can experience the artifacts as well as look at them.

To learn more about the Presbyterians of Dorchester and Rockland, read A Tale of Two Churches by Eldon Hay, Professor Emeritus of Religious Studies, Mount Allison University.